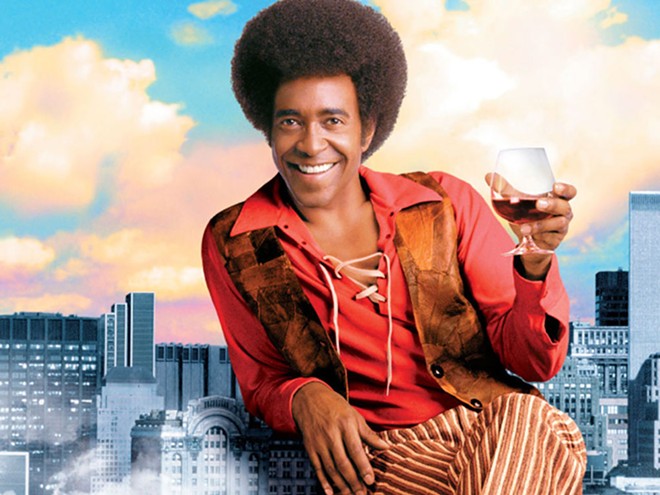 Pass the Courvoisier, Tim Meadows is coming to do standup at Spokane Comedy Club this week.
It's been a while since many of us have had to endure full work weeks thanks to those Monday holidays. That's no reason to hole up inside when there are good things happening, as found in our event listings and Staff Picks. Here are some highlights of the week ahead:

DANCE | Learn something new in the new year — try Beginner Square Dance Lessons at the Western Dance Center tonight! I once broke a wrist square-dancing in grade school. Lessons clearly would have helped.

MUSIC | Northwest of New Orleans is back in 2018, with this month's edition of cool jazz featuring Hot Club of Spokane, Max Daniels, Olivia Brownlee and Sarah Berentson at The Bartlett.

FILM | If you haven't seen The Disaster Artist yet (and you totally should), take advantage of this opportunity to see The Room, the horrible flick that inspired James Franco's movie, playing on the big screen! It really needs to be seen to be believed. Here's a taste, although the trailer (wisely) eschews the dialogue that makes it a camp classic:

HEALTH & FITNESS | You've done yoga with goats, and yoga with beer. Now do Yoga With Cats, and maybe adopt a cute critter to take home, too.

COMMUNITY/WORDS | Diverse Voices Writing Group at Spark Central encourages writers of all levels, teenagers and adults, to join the discussion and inspiration happening at 5:30 pm.

THEATER | Elvis impersonators are a little like pizza — they would have to be REALLY bad to not be pretty damn entertaining. Kraig Parker's been called "the world's foremost Elvis tribute performer" by some, and he's appearing at Coeur d'Alene Casino tonight.

COMEDY | You know Tim Meadows as The Ladies Man on Saturday Night Live as well as myriad film and TV roles. He's also doing standup these days, including shows tonight and Saturday at the Spokane Comedy Club.

MUSIC | It's a father-son supergroup when Brown Friday takes over The Bartlett tonight. Son Caleb is a jazz hound sax-man you might know from playing in Super Sparkle and for his years in the Whitworth Jazz Ensemble. Father Kevin is a skilled roots singer/songwriter who hosts Front Porch Bluegrass on Spokane Public Radio. They'll surround themselves with a stellar band for this show.

VISUAL ARTS | Head to Coeur d'Alene's Art Spirit Gallery to soak in the Harold Balazs show I Did It My Way. The Northwest treasure died recently, and you can read about his outsize influence on the region's artists in this great Carrie Scozzaro story.