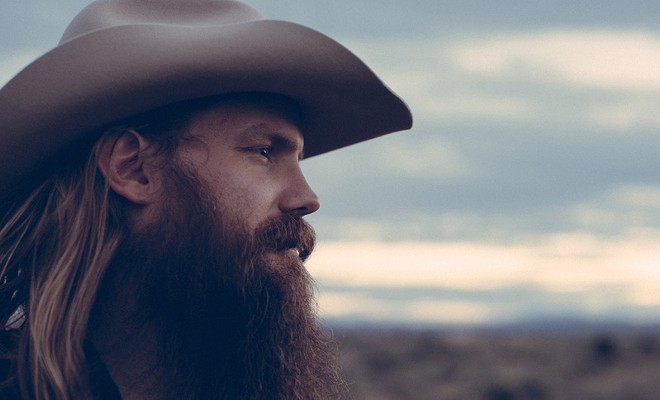 Chris Stapleton plays Spokane July 19
Chris Stapleton, one of the leading lights in traditional country's recent re-emergence to commercial success, is heading to Spokane to headline the arena on July 19 as part of his "All-American Road Show" tour.

The announcement comes hot on the heels of Stapleton's Grammy takeover Sunday night, as he took home trophies for Best Country Album (for his From A Room: Vol 1), Best Country Song ("Broken Halos") and Best Country Solo Performance ("Either Way"). Stapleton was also the featured act on this weekend's Saturday Night Live, bringing rabblerouser Sturgill Simpson along for the ride:


Stapleton will be joined by country legend Marty Stuart and rising star Brent Cobb for his Spokane show. Tickets go on sale Friday, Feb. 9, at 10 am. As of now, prices have not been released; we'll update this post when prices come our way.