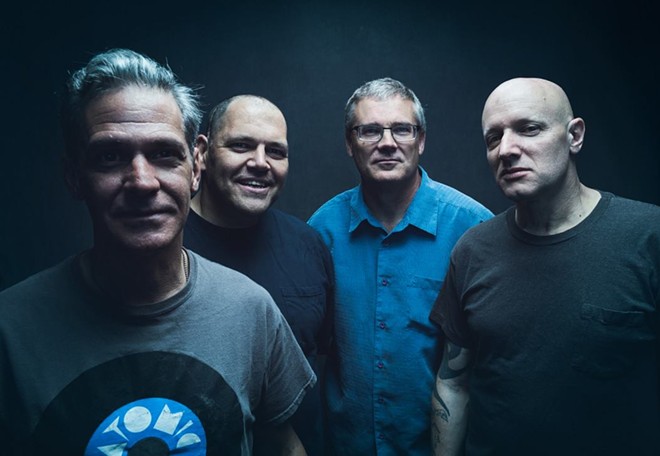 Punk legends The Descendents are coming to Spokane for an October 4 show.

The Descendents are everything good about the "pop-punk" label that sadly later turned into a ton of bands without the sense of humor or songwriting chops the SoCal crew boasted in spades on legendary, pioneering punk albums like Milo Goes to College and I Don't Want to Grow Up.

Spawned from the same South L.A. scene as Black Flag and the Minutemen, The Descendents added an undeniable tunefulness to their songs of alienation and distaste for mediocrity. Their blend of punk energy, pop hooks and nerd-y obsessions made The Descendents an oft-cited, much-beloved band despite decades of inactivity dribbled between tours and albums that started arriving in the late '70s; since 1986, the quartet has consisted of Milo Aukerman, Karl Alvarez, Bill Stevenson and Stephen Egerton. Their latest album came out in 2016, and Hypercaffium Spazzinate was their first new set in 12 years, complete with all the energy their early works had.

Here's a taste of their latest, a tune called "Victim of Me:"