YAKUZA FOR YA
While journalists have raised plenty of questions about the legitimacy of the events that inspired HBO's new limited series TOKYO VICE, you can argue the premise at the very least makes for a good, gritty noir crime drama. The eight-part series is based on a memoir by American expat journalist Jake Adelstein, who goes to Tokyo in the late '90s to become a reporter for a major Japanese newspaper, subsequently embedding himself into the not-always-at-odds world of Tokyo's police force and the city's organized crime families, or yakuza. This dramatized retelling stars Ansel Elgort as the tenacious Adelstein, opposite the great Ken Watanabe as sly-but-wise detective Hiroto Katagiri. With multifaceted characters, top-notch acting and beautiful cinematography that's both vibrant and classically noir, Tokyo Vice ends on a major cliffhanger, giving us hope a second season is coming. (CHEY SCOTT) 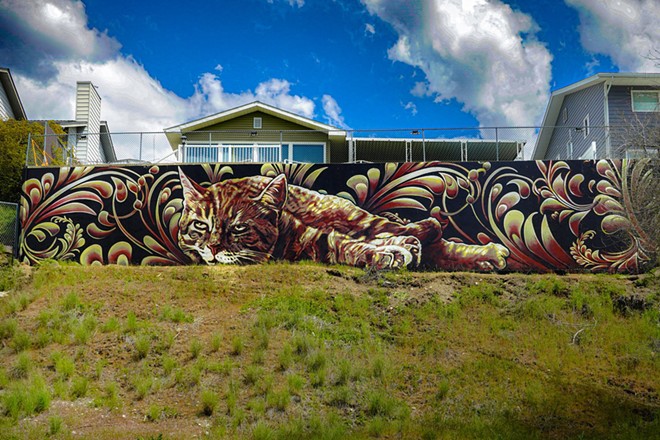 PURR-FECT PICTURE ON PETTET
A cat appears to be taking a nap overlooking DOOMSDAY HILL. Just before Bloomsday, local brothers Todd and Cain Benson made their beautiful marks on the 14-by-70-foot wall when a homeowner reached out to Spokane's favorite muralists, according to Avista Utilities, which reported the art project on its Facebook page. The lazy feline, eyes half-closed, sprawled across the formerly white retaining wall is unusual for the Bensons, who are best known for their images of people, including the "Eyes on Maple" image on the Maple and Second underpass, the exterior of Hoffman Music Store on Monroe, and the interior of the Spokane Arena, including the ceiling. Drive (or run) by and check it out for yourself. (CARRIE SCOZZARO) 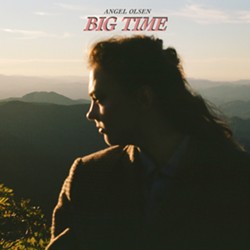 ANGEL OLSEN, BIG TIME. The singer-songwriter has a new level of heartbreak to tap into after both her parents died within a month after her finally coming out to them. Prepare for a summer of sobbing.