Jay Inslee probably will be re-elected governor — but how effective has he actually been during the past four years? 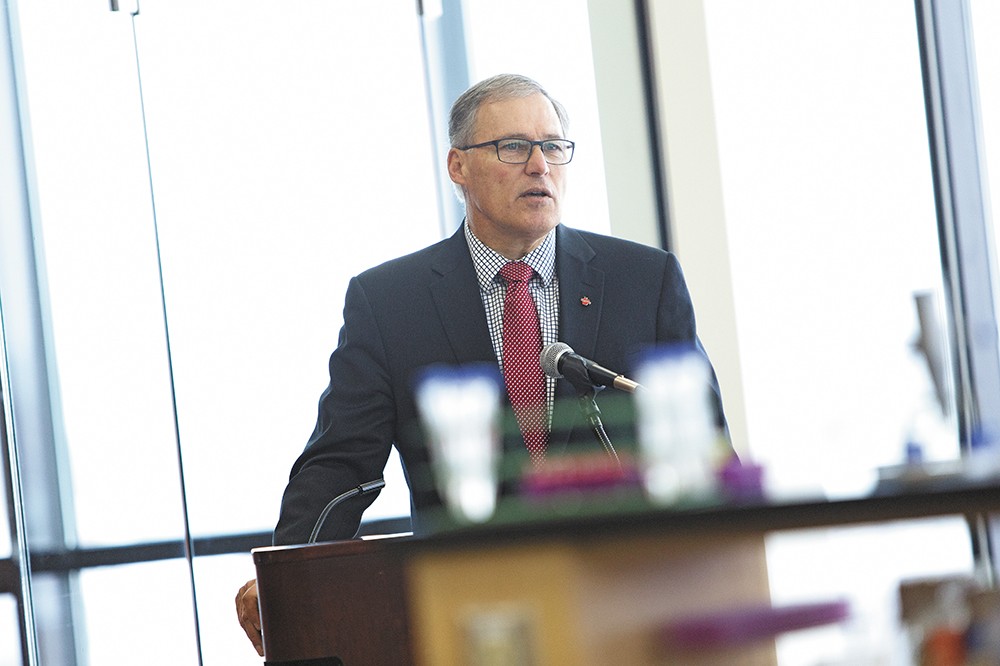 Young Kwak
Critics of Gov. Jay Inslee say that the successes of the last four years, like lowering college tuition, have happened in spite of Inslee, not because of him.

There's no question about it:

Washington Gov. Jay Inslee has a good shot at being re-elected. The most recent poll last week showed him 10 points ahead of his Republican rival Bill Bryant, a former Seattle Port Commissioner. And that was before GOP nominee Donald Trump — who Bryant will not be voting for — looked to blow up the entire Republican Party.

But the clash between the two isn't just about the policies Inslee has pursued — it's how effective he's been at pursuing them.

Talk to a Republican like state Sen. Michael Baumgartner and he'll mock Inslee as a governor disengaged on everything but climate change, who occasionally manages not to screw things up. But talk to a Democrat like state Sen. Andy Billig, and he'll praise Inslee as a "relentless champion" for smart, progressive legislation.

So which is it? Let's go issue by issue:

Inslee campaign spokesman Jamal Raad rattles off a list of shining economic statistics during Inslee's term, as the state has come roaring out of recession.

"Over 250,000 new jobs," Raad says. "The lowest unemployment rate since 2008. Unemployment has gone down in every single county. ... Median household income has gone up. Exports have gone up nearly 20 percent."

In January, Business Insider ranked Washington's economy the best in the nation, while other publications have also praised the state's fast growth. Inslee launched the Office of Economic Development and Competitiveness in order to recruit new businesses to Washington. And — this is huge — he signed into law a $16 billion transportation package that included funding for the North Spokane Corridor freeway project.

But Bryant says the economic picture in the state is skewed toward the Puget Sound: Seattle is indeed thriving, mainly due to tech jobs, while the rest of the state lags. "We have the eighth worst unemployment rate in America," Bryant says of Washington state. "We're right up there with West Virginia."

Inslee has called those who don't recognize climate change's threat "lethal to the prospects of our grandchildren." But many of his proposals to fight it have struggled to get traction in the legislature.

"It's got to be frustrating for him," Bryant says about Inslee's focus on climate change. "He has nothing to show for it."

In 2015, a Seattle Times article listed all the ways that Inslee's green dreams had been punctured, with most of his long list of proposed environmental reforms, like a cap-and-trade program for limiting carbon, failing to even make it out of the Democratic-controlled House. A "poison pill" in the transportation package last year handcuffed his ability to push forward clean fuel standards by executive order.

Still, this year, Inslee signed an executive order intended to reduce carbon emissions, by penalizing businesses that emit too much.

Bryant warns that the rule will dramatically undercut the economy without helping the environment much. While, unlike many Republicans, Bryant says he believes climate change is real and manmade, he believes Inslee's obsession with it has distracted him from other important environmental issues, like salmon recovery. 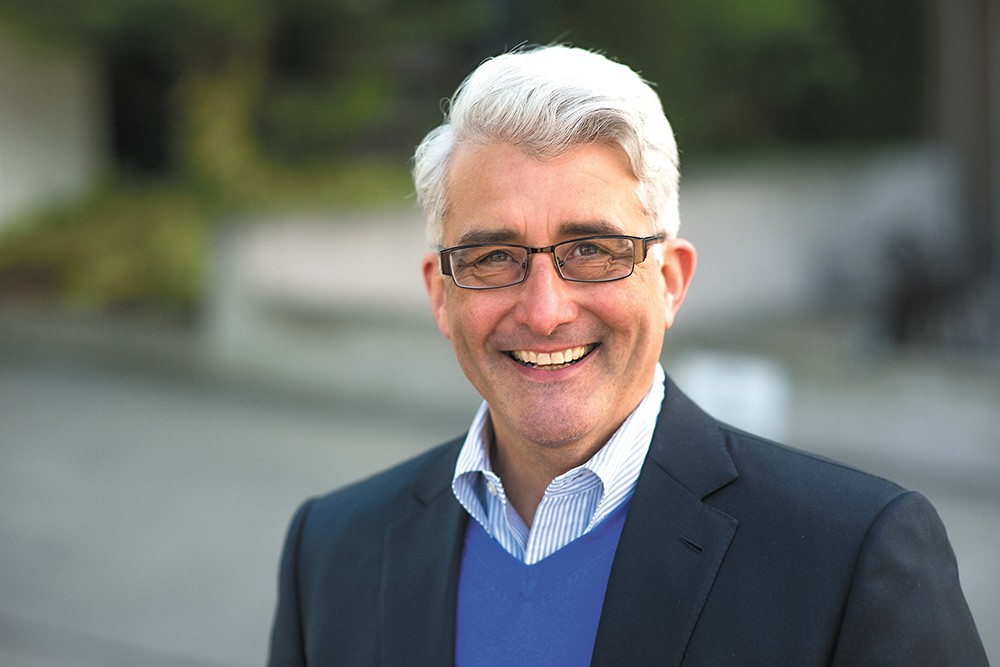 Inslee's Republican challenger, Bill Bryant, hits the governor for failing to develop a plan to fully fund education — but Bryant hasn't developed such a plan either.

School districts and teachers unions paint the image of a radically underfunded education system — so objectively terrible that the Washington State Supreme Court has been fining the legislature $100,000 a day for contempt of court for failing to meet the "paramount duty" laid out by the state's constitution.

"Gov. Inslee promised an education plan — no excuses," Bryant said at a debate in September. "Four years later we still have no education plan. We failed."

Bryant proposes directing revenue growth toward education spending — but as Inslee's campaign points out, he, too, hasn't created a detailed plan to address education underfunding.

Inslee points to $5.5 billion poured into basic education, higher education and early education over his tenure. "For the first time, every single child is going to have access to full-day kindergarten," Inslee said in a debate last month.

The rhetoric over education has been heated. Inslee has said that Republicans "must have been abused as a first-grader or something by a teacher" for opposing teacher pay increases, while Bryant has slammed Inslee for refusing to either sign or veto a bill to keep charter schools open, quipping that "Dante said that the hottest circle in hell is reserved for those who, in times of crisis, maintain neutrality."

The past two years have been defined by public safety scandals for Inslee's administration: First, the revelation that thousands of prisoners had been released early over the course of a dozen years due to state Department of Corrections miscalculations. Then, reporters revealed that massive mismanagement had led to at least 185 escapes from Western State Hospital in Inslee's first term. Inslee has highlighted his leadership in responding to the problems, firing the Western State Hospital CEO and initiating an independent investigation into the DOC.

But Bryant argues that the governor ignored blatant red flags that should have warned him about serious problems with DOC and Western State. "Under Governor Inslee, our mental health system is in shambles," Bryant charged in a debate.

By contrast, little attention during the campaign has been focused on Washington state's ranking as one of the top two worst states in the nation for property crime.

During his tenure, a task force formed by Inslee discovered a huge problem: Washington state did essentially nothing to supervise most property crime inmates after their release.

This time, Inslee can't blame Senate Republicans for failing to pass his reforms: The Senate voted in favor of his bill last year to increase supervision of property-crime offenders, but it couldn't get out of the Democratic-controlled House. This year, there was no attempt to revive it.

Yet Bryant hasn't been focusing on this issue, either: While he suspects that the state's issues with the mental-health care system and homelessness are related, he doesn't present a clear theory for why property crime is so high in Washington state. ♦