Blues news you can use: Mick Fleetwood Blues Band coming to Spokane 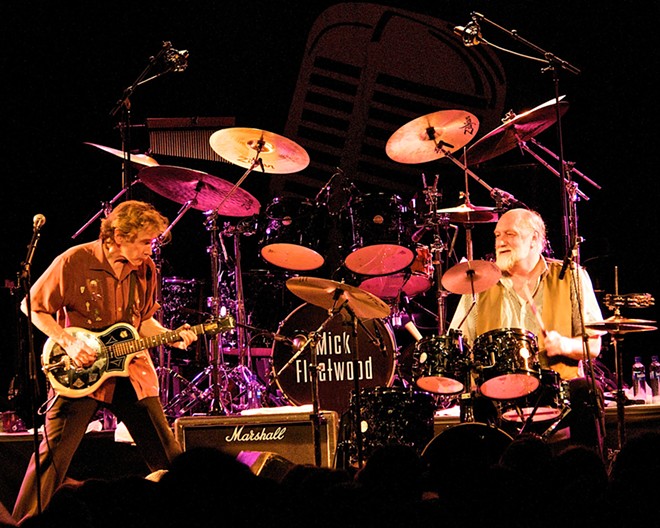 Before Fleetwood Mac became a hit machine after Stevie Nicks and Lindsey Buckingham joined the band, the group was better known for its late-60s era of blues music.

Between the arena-sized tours that brought Fleetwood Mac to Spokane two years ago, drummer and band founder Mick Fleetwood is getting back to his roots with the Mick Fleetwood Blues Band, which is stopping in Spokane on Wednesday, Sept. 28, for a show at the Martin Woldson Theater at The Fox.

Tickets range from $43 to $78, and are available via presale right now by going to the TicketsWest site for the show and entering "BLUES" in the promo code box. Otherwise, tickets go on sale to the public Friday at 10 am at all the usual TicketsWest outlets. There are also VIP tickets available that include some hang time with Fleetwood and primo seats in the first few rows.

Fronting the band is lead guitarist and singer Rick Vito, who stepped into the Fleetwood Mac lineup from 1987 to 1991 after Buckingham had left. He's also toured and played with the likes of Bob Seger, Bonnie Raitt, John Fogerty and Albert Collins, among others.

The Mick Fleetwood Blues Band was nominated for a Grammy back in 2010 for their live Blue Again release, and their live shows are a mix of original tunes, covers of blues classics and reworked versions of songs from all eras of Fleetwood Mac.

Weekend protests, nude paintings on Facebook and other headlines