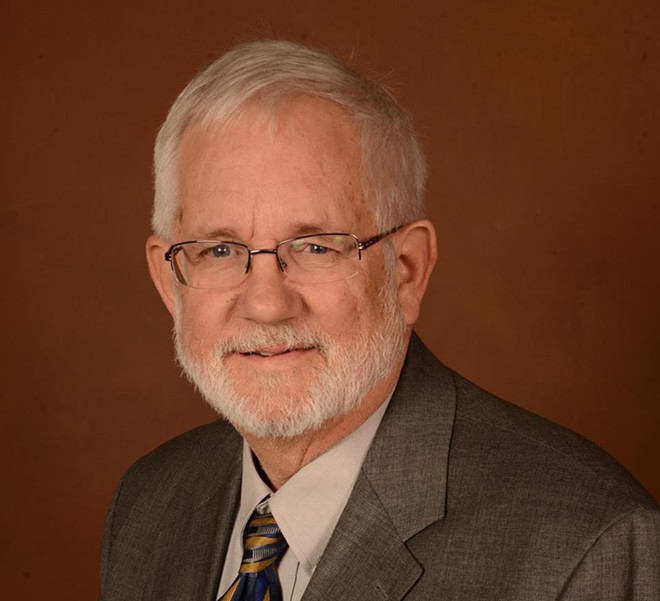 But Spokane Valley City Councilman Ed Pace has a different perspective. On his Facebook page Thursday, he posted a message encouraging potential political candidates to run against him next year.


WANTED: Several worthy opponents to take me on in next year's Spokane Valley City Council election. I am an Eagle Scout, Vietnam Veteran, EWU graduate, father of 4 and grandfather of 5, and a Lutheran Pastor (conservative LC-MS) My platform centers on NO new taxes, NO government secrets, and NO tolerance for crime. Ideal opponents will be hard working, honest, and deeply care, as I do, about public safety, road maintenance, infrastructure development, economic growth and preserving the character of our residential neighborhoods."

He says that at times he's often been disappointed by the diversity of candidates in Spokane Valley, which he divides generally into two groups.

There are the types like state Rep. Matt Shea — who Sheriff Ozzie Knezovich accuses of dabbling in dangerous rhetoric — which Pace refers to somewhat sarcastically as "Ozzie's Scary Ultra-Right." But he hasn't been impressed by many of their opponents either, consigning them to what he calls "the Clique of Bitterness, people who think they have some sort of divine right to rule Spokane valley."

While Pace is a staunch supporter of Shea, he doesn't consider himself to be part of either camp. He's a staunch libertarian, who occasionally surprises with his political endorsements. He endorsed Democrat Andrew Biviano for county commissioner, for example, over Republican Shelly O'Quinn.

In fact, the county commissioner race, along with the race shaping up for the 5th District  to replace U.S. Rep. Cathy McMorris Rodgers, was exactly the sort of clash of ideologies he wants to see in the Valley, for all races.

"I want it. I really want it," Pace says. "The debates we need to have are not, 're an idiot and I'm not.' But [one] truly coming from different worldviews and different paradigms for . What's best for the city of Spokane Valley?"

In fact, Pace goes the extra mile and actually writes a Christmas wishlist for the types of opponents he's hoping to run against:


It would be great to have at least one opponent from each of the following groups:
1 - Democrat with strong support from the Democratic Party, unions, groups like Future Wise, the County Human Rights Task Force and lots of individual liberals and progressives.
2 - Establishment Republican backed by the GOP and Republicans of Spokane County - someone like Diana Wilhite, Ben Wick, Leonard Christian, etc.
3 - Regular Spokane Valley resident like me who just wants to live peacefully with lower taxes, less government and more freedom.

I am looking forward to a positive and robust campaign with lots of citizen participation.