The Spokane Arena wants to hear from you.

The Arena has reintroduced its "Bucket List" poll, which allows folks a chance to sound off on who they'd most like to see grace the Arena stage. Voting is open now, and you can choose three of your favorite acts here. You have through May 9; the most requested artists will be announced shortly thereafter.

This isn't just another fun survey. The Arena uses the results as a jumping-off point for future bookings, and a number of acts who have appeared on past Arena bucket lists have eventually made it to Spokane: Foo Fighters, Elton John, the Eagles (performing May 8), Metallica (performing in December) and country superstar Garth Brooks, who topped the 2015 list (and — maybe you heard — sold out seven shows here last year).

Of course, we can't tell you who to vote for — though Garth would probably come back if you asked nicely enough — but here are a few suggestions from the Inlander music brain trust:

Bruce Springsteen — None of the Boss' major tours have ever made stops in the Inland Northwest, which is a shame, since we love a blue collar anthem as much as the next city. If we start yelling "BRUUUUUUUUCE" now, will he hear us by the time his Broadway residency is over?

Paul McCartney — Same goes for Sir Paul, who played Missoula in 2014 and Seattle in 2016 but has never given Spokane a shot. We're basically smack dab in between those two places, so maybe he'll throw us a bone next time.

Kendrick Lamar — The recent Pulitzer Prize winner is a commanding live performer, and he's arguably contemporary hip-hop's most vital voice. The Arena doesn't book rappers all that often, but surely they'd make an exception for Kendrick.

Beyoncé — Her already-legendary Coachella set proved that no venue can contain her, so getting Queen Bey to go anywhere is a feat unto itself. She was last here with Destiny's Child in 2005; let's hope the giant Radio Flyer intrigued her enough to come back.

U2 — Few bands know how to make a big room feel intimate like these Irish legends. While known for their elaborate stages and special effects, it's the deep catalog of stirring anthems that makes a U2 show special. When the do an arena run instead of playing football stadiums, how great would it be to see them in Spokane?

Lady Gaga — Whether she's going "full Gaga" and throwing a hyper-theatrical show, or simplifying things for jazzy collaborations with Tony Bennett or songs on her singer/songwriter-y most recent album Joanne, the woman is a mesmerizing performer who would draw from well beyond Spokane.

Bruno Mars — You've seen the pop hitmaker kill it at the Super Bowl halftime show, and his tunes are unavoidable on radio. An Arena Bruno dance party could be one of the best shows of the year.

Iron Maiden — It appears the British metal masters haven't played Spokane since 1988 at the old Coliseum. Thirty years seems long enough, let's get Bruce Dickinson and Co. back to Spokane! 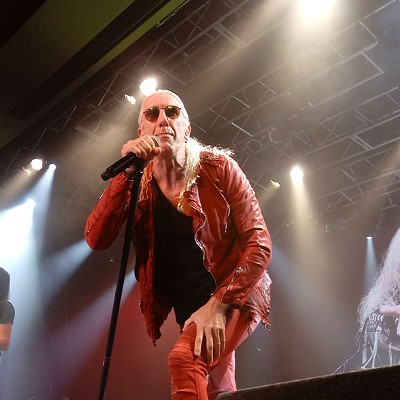 Invasion! Washington state under siege from the stink bug menace!