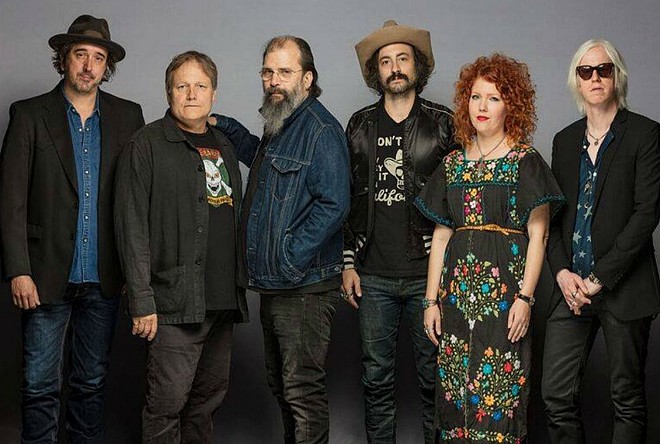 A few years back I was watching a Steve Earle concert when I had one of those realizations that comes along every now and again when you're witnessing something special:

Those are true words to live by for any fans of the notoriously loudmouthed, country-tinged troubadour, and even for folks who aren't privy to his excellence (yet) — so prepare thee to get some tickets for his just-announced show this fall, where he'll be joined by his band the Dukes for a gig at the Bing Crosby Theater.

Tickets for Steve Earle & the Dukes, playing Oct. 1 at the Bing, are $39.50 and $50, and go on sale this Friday at 10 am through the usual TicketsWest outlets and the Knitting Factory website.

Earle, a three-time Grammy winner and 11-time nominee, has released 20 albums over the course of his career. His latest with the Dukes is So You Wanna Be An Outlaw, and it's another fine addition to a catalog that moves between country, folk, rock and blues with ease. I've seen Earle several times through the years, most recently on his tour through Spokane with Shawn Colvin; that show was killer, and he's never disappointed when I've seen him.

In addition to making music, Earle is an actor, novelist, playwright, radio host and activist who works tirelessly in opposition to the death penalty and in favor of removing vestiges of the racist American South. So leave your Confederate flags at home, please.

Speaking of Music , For Fun!