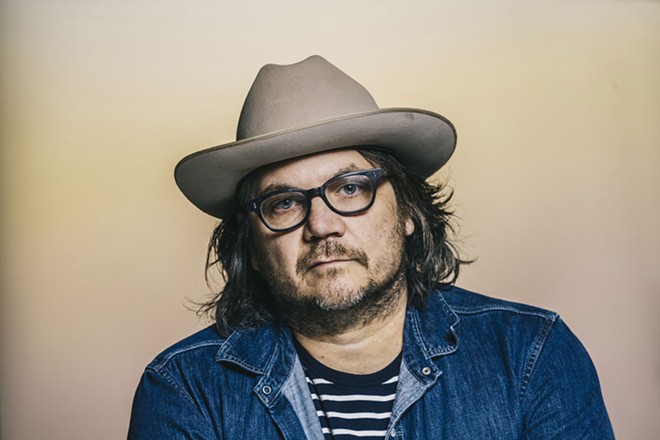 Jeff Tweedy, frontman of Wilco, headlines a solo show at the Bing Sept. 26.

Wilco frontman Jeff Tweedy is swinging through Spokane on Wednesday, Sept. 26, for a show at the Bing Crosby Theater.

Tweedy's solo tours have become celebrations of the singer/songwriter's sprawling career that includes nearly a quarter-century fronting Wilco, seven years and four albums with Uncle Tupelo before Wilco's formation and writing and producing for the likes of Mavis Staples, the Minus 5 and others.

His most recent solo album, Together At Last, is essentially a version of his solo shows — it's him in a studio reconfiguring songs from his past Wilco, Golden Smog and Loose Fur releases. Expect to hear those and many more at his show in Spokane this fall.