In celebration of our first Pet Issue, check out these previously published animal stories on Inlander.com 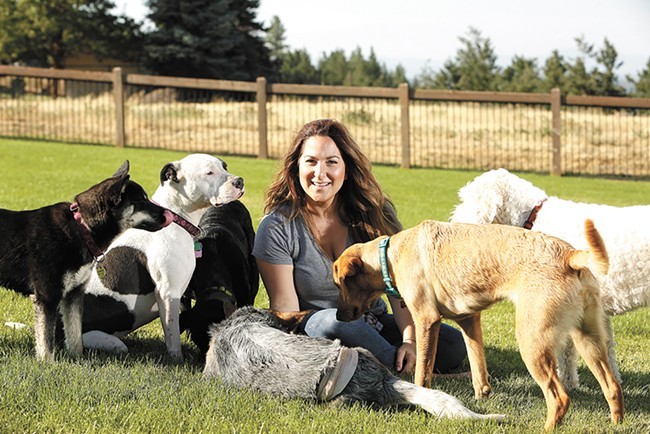 Young Kwak
Rescue4All's Jamie McAtee was a featured recipient of the Inlander's annual philanthropy award, the Peirone Prize, last summer for her efforts to rescue and rehabilitate local animals.

We love any opportunity to share interesting stories about local pets and animals, so to mark the publication of the Inlander's first-ever Pet Issue, we thought it'd be the perfect time to reshare some more animal-related features we've published in recent years:

Boomer, an African serval of the Palouse
Boomer is a 1-year-old, 30-lb. African wildcat who lives in the Palouse town of Oakesdale, Washington, at Savannah Exotics cattery, with his owner Anna Spielberg. (April 2018)

Meet 2017 Inlander Peirone Prize winner Jamie McAtee, founder of Rescue4All
McAtee's creation more than four years ago of the local nonprofit animal rescue dedicated to saving the lives of often unadoptable and medically needy dogs has made a difference for hundreds of animals. (August 2017) 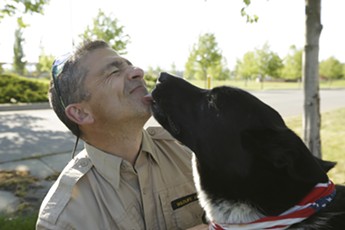 Young Kwak
WDFW Wildlife Biologist Rich Beausoleil gets a kiss from his 10 1/2-year-old Karelian bear dog Cash, who has worked on more than 500 bears and 140 cougars.

Spokane teen volunteers to train a guide-dog-to-be
At the time of this piece, then high school senior Alyson Galow was training a 6-month-old yellow Labrador puppy named Limerick for potential entrance into a training program with Guide Dogs for the Blind. (November 2016)

The tragedy of Arfee
In 2014, a mistaken tip led to a fast-on-the-trigger cop to kill Craig Jones' 2-year-old black Labrador in the parking lot of a Coeur d'Alene coffee shop. After the city of Coeur d'Alene smeared his dead dog as a "vicious pitbull," outrage poured in from throughout the nation. (August 2016) 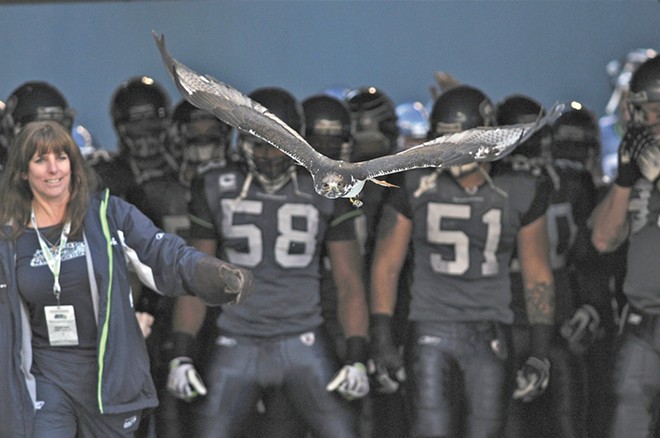 Taima the Hawk, showing off his impressive nearly 5-foot wingspan, leads the Seahawks to football victory at all home games.
The Seahawks’ official live mascot calls Spokane home
This fall will mark the African augur hawk Taima's (tay-ma, which means “thunder”) 13th season leading the team onto the field before every home game at CenturyLink Field. When he’s not rallying fans or players, Taima chills at home on Spokane’s West Plains. (September 2014)

More Trump outrage on the Mexican border, plus Police Guild pushback and other morning headlines

ACLU lawsuit: Latino man was profiled, then detained for showing a know-your-rights card to Border Patrol in Spokane