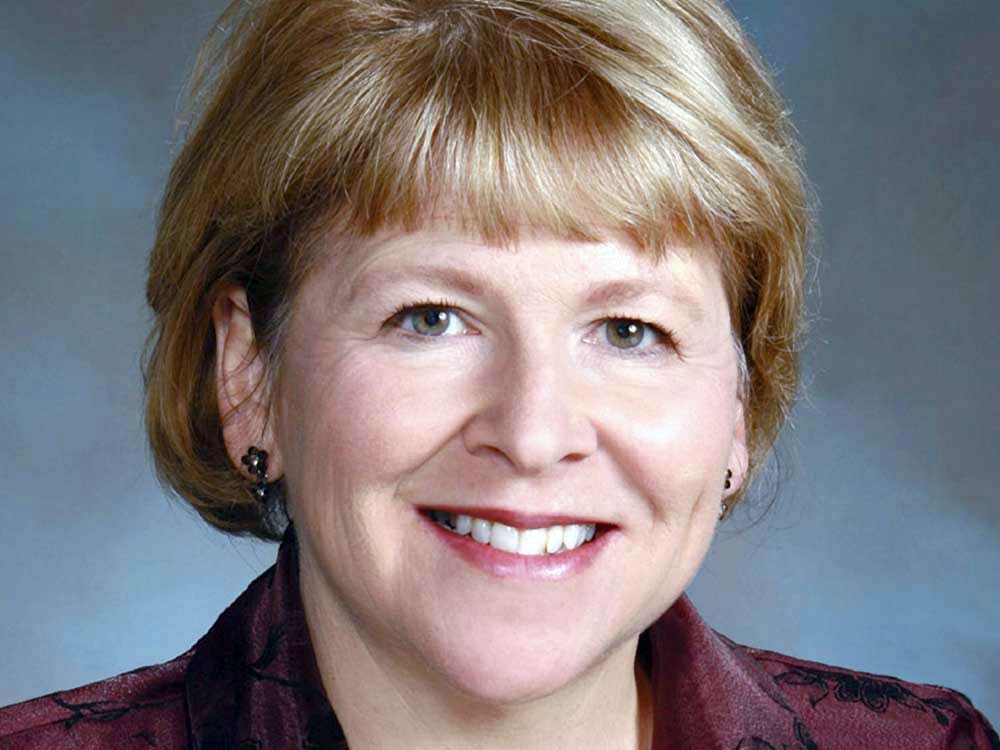 State Senate Majority Leader Lisa Brown: When the public votes on initiatives, they don't have to add up a budget.

Last month, Lisa Brown lost her whip. It came after months of political thuggery, which ended with state Sen.

Chris Marr losing to his Republican challenger, Michael Baumgartner. With Marr gone, Senate Majority Leader Brown, a Democrat from the 3rd District, lost her majority whip, a position Marr held in the Senate with the sole purpose of keeping members voting the party line.

Along with Marr went a few other Democratic senators, leaving the Senate more evenly split than it has been in a while.

Regardless, after the drubbing Brown and her party still have control and still face the daunting task of balancing the state’s budget book. Last week, Gov. Chris Gregoire proposed cutting deeper into the state’s budget by eliminating the Basic Health Program, cutting grants to the neediest seeking a college education and getting rid of the state’s food assistance program.

We called Brown when she was on her way to the gym, and here’s what she had to say.

INLANDER: The state has already cut the budget to the bone and now we’re getting into some marrow here.
BROWN: You’re right that the [governor’s proposed] cuts are very deep and they mean not doing things that we’ve been proud to have as a state. Like the Basic Health plan, which provides an affordable plan for working families who aren’t eligible for Medicaid and don’t make enough money for private insurance. She also proposes making some retroactive cuts to our schools and the disability lifeline program, the last social safety net for people who have no resources. But we are under obligation to balance the budget and we do that every year. The Legislature obviously is in transition now between the people who were just elected and some who were unelected. So we don’t have an immediate counterproposal to offer to what the governor put forward. We’re in the process of trying to create that proposal.

What do you see in that counterproposal?
We’re looking at what kind of savings can be achieved from extending and expanding the furloughs [for state employees]. Only about a quarter of state employees are currently taking furloughs. We’ve been talking about tax breaks and tax loopholes for a period of time, but it’s hard to come up with enough legislative consensus to actually eliminate tax loopholes. We’re looking at a way to temporarily reduce some of the tax preferences that are currently out there.

Do you expect that to be a more difficult now that the Senate is more evenly divided?
We would like to come up with bipartisan solutions wherever possible. … I think it is possible. One of the issues will be if we can't come to complete agreement, can we come to enough agreement to do some of these actions together.

There's a possibility you'll be carpooling with Michael Baumgartner. Have you talked with him at all?
I have not met with him yet. [Spokane Republican legislator] Kevin Parker's already called and suggested we sit down and have coffee, so I'm doing that. I have invited all the Spokane-area legislators to a meeting next week before the GSI legislative forum so that we could start talking about what our priorities are.

What are those priorities for you?
Preserve the social safety net for the most vulnerable people. … Second, anything we can do to stimulate jobs and economic recovery. … And then we have some important local momentum around the Riverpoint campus and the medical, dental and health professions we're building there.

With such important matters on the agenda, you must have been frustrated with the recent election results.
Washington state bucked the national trend. Nationwide, Republican legislatures are at their highest levels since the 1920s. There were 19 legislative chambers across the country that switched Democrat to Republican majorities. We still have the majority, which is a big deal. … The numbers are tighter. They're actually closer to the norm in the Senate. Generally, the Senate is split 25-24, around there. Most legislative sessions are in that kind of a situation. We're still outside that with 27-22. So it's back to normal for the Senate.

Isn't the Legislature tasked with redrawing the legislative boundaries this year?
We're going to be doing redistricting this year. Each of the four legislative leaders will appoint one person to the redistricting commission. I'm interviewing people for that right now. Those four members will pick a fifth non-voting member, and all the congressional boundaries and all the legislative boundaries will be redrawn according to Census numbers. That will have interesting implications.

Still, this year voters rejected any tax increases while still demanding costly state services. It seems like you'll just come to a head with the Republicans immediately.
When the public votes on initiatives, they don't have to add up a budget. They don't have to be consistent; as they've said, we want reduced class sizes and we want teacher COLAs and, by the way, we don't want your pop taxes. … In any case, we make it add up, one way or another. This is going to be the toughest time to do that in my legislative history.

Well, are you going to try to get out of the Legislature and head to the governor's office?
I haven't decided for sure what I'm going to do in 2012. I'm looking at that right now. For the time being, for this legislative session, I'm going to be focused on what we need to do, what I need to do as Senate Majority leader, what I need to do as a senator from Spokane. I'll make a decision about that soon after the legislative session is over.