It's New Year's Eve Eve, so raging is not an option, it's a requirement as you get ready for Wednesday's New Year's Eve festivities. At the very least you'll want to get out and take advantage of your days off from work. Check out our event listings and carefully considered Staff Picks for some options.

No time? No problem. Here are some highlights for Tuesday, Dec. 30:

FILM/COMMUNITY | If you haven't heard the songs from Frozen a few (thousand) too many times yet, the South Hill branch of the Spokane Library is hosting a screening/singalong of the Disney hit Tuesday at 2 pm.

FILM | With Christmas in the rearview, Totally Tubular Tuesdays at the Garland Theater returns to its regular, retro programming. This week's selection? The original Teenage Mutant Ninja Turtles movie. You know, the one that gave us Vanilla Ice's lone career feature film highlight:

Eat your heart out with Pizza Rita's newest food challenge 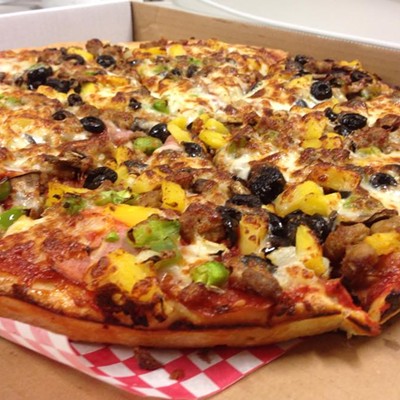