Cotton will have to reapply to keep her job, says Parks Department


Monique Cotton, who has been at the center of a cover up at City Hall, will have to reapply for her position as spokesperson for Spokane Parks and Recreation, Leroy Eadie, parks director, confirmed in a message to the Inlander. 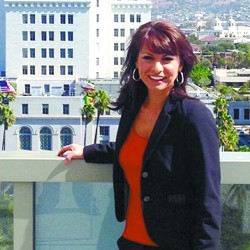 Monique Cotton
Last week, documents were released that revealed that Mayor David Condon knew in April that Cotton, then spokesperson for the police department, had complained that former Police Chief Frank Straub had sexually harassed her. The documents also revealed that mayor agreed to transfer Cotton to the parks department while keeping the matter quiet.

On Monday, city council unanimously voted to send a letter to Condon asking questions about his administration’s handling of the matter.

The letter from city council states that it expected the position currently held by Cotton to be opened up for competitive hiring:

“It is our understanding the Park Board only approved the inclusion of a new exempt Communication Manager position in its 2016 Budget on the promise that the position would be opened up for a competitive hiring process in which the Park Board has an opportunity to participate, as it has in other recent exempt hirings in Parks. This position ostensibly is currently held by Ms. Cotton...Please confirm that you will open the position to such a competitive hiring process. Such positions, even if they are exempt, should be subject to open hiring.”

Chris Wright, park board president, tells the Inlander that Cotton’s transfer to parks was done with little consultation from the administration. Condon had justified Cotton’s transfer by saying a new communications position was needed for the implementation of the Riverfront Park bond and that Nancy Goodspeed, the regular parks spokesperson, was out on medical leave. Wright says it made sense to have Cotton fill in, with the expectation there would be a competitive hiring process in the future.

Wright says the board found Cotton’s $90,000 salary to be excessive. Goodspeed resigned her position last month. Wright said he wasn’t sure if parks would have two communications positions.

Washington State and Gonzaga go at it in Pullman