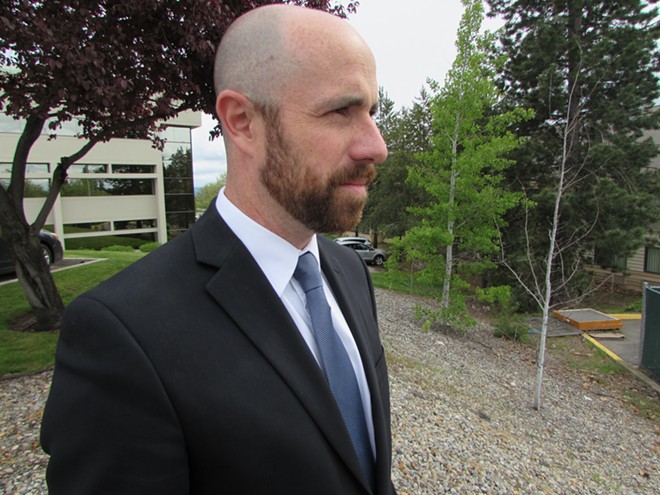 Daniel Walters photo
You want to be worried about a crisis in Idaho? Rep. Luke Malek says don't worry about Islamic law — worry about suicide.
Toward the end of my interview with Luke Malek for this week's story on the comparatively moderate Idaho Republican's clash with the Idaho Freedom Foundation, I asked a question that may seem like it came out of the blue to a reader who hasn't been paying attention to North Idaho Politics:

"Are you worried about Sharia law?"

But this wasn't just a random oddball question. Malek's fellow Rep. Vito Barbieri told The Inlander that there's no question that Islamic law is a "threat" to Idaho.

"Islam is at the door," Barbieri wrote on his Facebook page. "But it isn't knocking."

And the first bill proposed by freshman Rep. Eric Redman (R-Post Falls) aimed to ban recognition of Sharia law in Idaho courts. The bill, according to John Rusche, D-Lewiston, including documents showing "severed hands and calling] the Prophet Mohammed a pedophile.”

But Malek's views show that he's a different sort of Republican from his peers.

" I'm not. I mean, it's a —I'm not worried about it," Malek says. "I mean, I’m worried about suicide. If you want to worry about Idahoans dying, due to—? I mean, 340, I think is what we’ve lost last year? We are on the heels of an epidemic in the state of Idaho. If is life is our concern we should be laser-focused on suicide and mental health."

The Inlander wrote about rural Idaho's struggling mental health care system last year.
Idaho had one of the highest suicide rates in the nation, and until 2012, didn't even have a suicide hotline.

"Now we're maintaining that hotline, and we passed legislation this year — another great example of what we got done this year — [for] suicide prevention," Malek says. "That's a database program we're putting in place for the Department of Health and Welfare."

He has other high priorities on his agenda, too, none of which concern Islamic law.