Help people find Gonzaga and Spokane with this T-shirt

Perhaps you're like me and it's taken a week or so for it to really sink in that the little Jesuit school in little ol' (but still not desolate and crumbling) Spokane, Washington, played in the NCAA championship game. Further putting the school and city on the map — and hopefully to rest how to pronounce either name — Gonzaga achieved something monumental in being one of the final two of 68 out of 351.

In recognition of this historical moment, online T-shirt design company Breaking T is selling two Gonzaga-oriented shirts: one literally putting the city and school on a map, and the other reclassifying the Zags' label from "Mid-Major" to "Major." Breaking T is producing these shirts along with SB Nation's Gonzaga-focused blog The Slipper Still Fits as a fun way to cap off a historic season.

The shirts retail for $24 each, and are offered in unisex size "vintage heather" navy-blue tees. 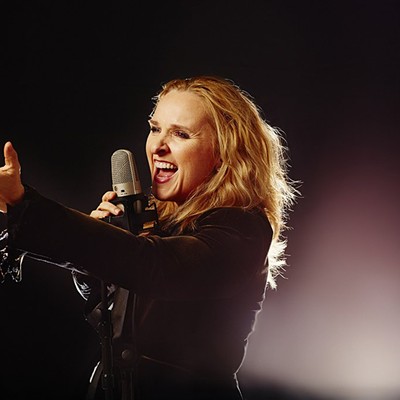 Spokane County Dems in disarray, a piece of Riverfront Park to be sold and morning headlines