COMMENT: Here's a counterargument to Rep. Cathy McMorris Rodgers' defense of the Republican health care plan that ran as an editorial in the Washington Post. The counterargument was submitted to the Inlander by an independent from California who questions her characterization of the new plan and personal experience with insurance.

WHAT'S UP?: Looking for something to do this week? Try Pivot, the Flaming Lips, classical meets Led Zeppelin, and more.

Investigation started after Spokane police shoot man Sunday night
A man wearing a hospital gown who was reportedly stabbing himself and threatening others was shot by Spokane police Sunday night, taken into surgery, and later reported in stable condition, the Spokesman-Review reports. The incident is under investigation.

France elects man who has never held elected office as its president
Centrist Emmanuel Macron was elected France's president Sunday, beating Marine Le Pen, the far-right candidate, "because of luck, an unexpected demonstration of political skill, and the ingrained fears and contempt that a majority of French still feel toward Ms. Le Pen and her party, the National Front," the New York Times reports.

The great debate: Do people die without access to health care?
Idaho Rep. Raul Labrador was criticized after saying in a town hall on Friday that "nobody dies because they don’t have access to health care.” He clarified to the Daily Beast that he "was trying to explain that all hospitals are required by law to treat patients in need of emergency care regardless of their ability to pay, and that the Republican plan does not change that." 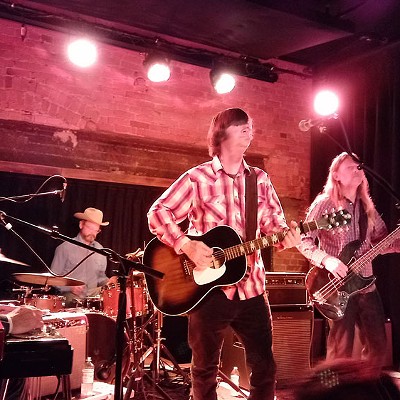