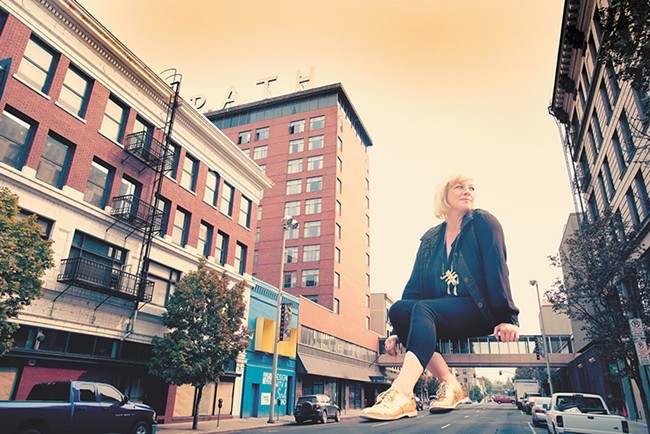 In a recent email letter to the organization's supporters, the Spokane native expressed sincere appreciation for the opportunity to lead the organization since the start of 2015, and being able to contribute to the growth of the local arts community, which has been building positive momentum for several years now.

Becker has accepted a position as cultural affairs supervisor for the City of Santa Monica, California. In her resignation announcement, she writes:


There were several factors informing my decision to move on. First, my partner is wrapping up his time here in Spokane and is moving back to his home state of California. This is a move that I have delayed for as long as possible but ultimately, I needed to consider this relocation a reality for us. In addition, I have been offered and have accepted an incredible opportunity to serve as the Cultural Affairs Supervisor to the City of Santa Monica’s public art program, a role for which my background and experience make me an ideal candidate.

Looking forward, I must prioritize my family and manage my professional life with greater balance – this position and a move closer to my family are a clear path for me. I have great love for Spokane and am honored to have led this organization for as long as I have and with so many accomplishments to account. I am immensely hopeful that Spokane Arts will attract an extremely qualified and passionate leader who can continue the work that we have all contributed to this organization’s young life. Given this decision, I have heavily considered plans for a sound and harmonious organizational transition.

Becker was hired in fall 2014 to take on the role as Spokane Arts' executive director after the departure of its first leader, Shannon Halberstadt, who left after just a year to relocate back to Seattle with her husband. Becker brought years of experience to her role with Spokane Arts, having worked in administrative positions for several Seattle arts groups since 2001.

During her tenure at Spokane Arts, Becker helped bring in thousands of dollars of grant funds, assisted with the implementation of numerous public art projects like the downtown Mobile Murals project and the traffic signal-box art, and continued to grow October's Spokane Arts Month, along with many other initiatives.

Until a new director is hired, starting on Sept. 23 Spokane Arts will be led by interim director Ellen Picken, who currently serves as its program manager. Karen Mobley's duties as public art program contractor will also expand, along with those of other staff members.

A search committee for Becker's replacement has been formed, and the job posting for Spokane Arts next executive director is posted online.