LinkedIn
Erin Jacobson, who resigned last Friday, says she's willing to cooperate in the Straub investigation if attorney-client privilege issues can be worked out.
This week, we have a story looking at what happened behind the scenes in the investigation into the behavior and ouster of former police Chief Frank Straub, detailing how, in a matter of days, the interim police chief's command to mandate participation in the investigation was undermined and eventually reversed.

The story highlighted that a central duo in the Straub saga — Assistant City Attorney Erin Jacobson and Lt. Joe Walker — had both declined to participate. When we first reported that Jacobson was not participating back in March, we pointed out that Walker's notes revealed he had repeatedly warned Jacobson about Straub's behavior throughout 2014. His warnings did not spark an official investigation into Straub. Jacobson did, however, pass along an offer of early retirement to Walker.

The same day we received our records — April 8th — Jacobson wrote a resignation letter to the city, effective May 7th.

In her resignation letter, she includes a footnote suggesting that her refusal to be interviewed stemmed entirely from attorney/client privilege:


I remain willing to cooperate with any investigation or litigation interviews – even after my separation from the City and without being compelled or subpoenaed – if and when the City’s elected officials modify the process to ensure that I would not be violating the attorney-client privilege by doing so. In fact, I would welcome it, as I believe the facts will show that the City and its representatives acted appropriately and in the best interests of its citizens and employees. Meanwhile, however, I refuse to breach my ethical obligations to my clients because of political pressure.

However, Jacobson has been interviewed for at least one independent investigation at the city in the past. She, along with City Attorney Nancy Isserlis, was interviewed as a witness during the inquiry into the behavior of several members of the Office of the Police Ombudsman commission. In that case, however, Isserlis herself had initiated the investigation and hired her old law firm to conduct it. It is not clear how attorney-client privilege issues differ between the two investigations.

At the state level, four attorneys at the Washington Attorney General's office voluntarily gave interviews about legal advice they gave to the state of Washington during the independent investigation of the Department of Corrections prisoner-release error.

And there's another issue.

On Tuesday evening, after our story had already gone to press, we received another batch of records, these mostly redacted because of attorney-client privilege. But what we can read shows a flurry of emails between police department employees and the City Attorney's Office, after the interim police chief had told his staff that participating in the Straub investigation was mandatory.

One unredacted sent on Feb. 22 at 5:22 pm by Jacobson, is illuminating:

"FYI, it has been taken up the chain, but I do not have a clear answer yet. When are the interviews scheduled, so I know the deadline to get the answer as to mandatory participation or not."

So why is the Jacobson email important?  For a few reasons:

1) It shows Jacobson was in the center of the discussion about whether she and other staff members should have the right to refuse to participate. In early March, the Inlander confirmed with the city that Jacobson herself had declined to participate.

That's what's so messy about this investigation: The people who are being investigated are some of the same people who have the power to influence the investigation. The emails back and forth regarding the decision whether participation in the investigation should be considered optional or mandatory include human resources director Heather Lowe, Jacobson, Isserlis, Assistant City Attorney Mary Muramatsu, and city spokesman Brian Coddington. All have been identified as witnesses by Cappel. So has Pat Dalton, the assistant city attorney involved in determining whether certain records are releasable or not. Dalton, if you'll recall, also sent a letter warning city council members of consequences if they revealed what happened during session.

2) The email shows that city legal staff still hadn't determined whether interviews in the Straub investigation were mandatory more than 7 hours after Lowe told David Lewis, president of the Managerial and Professional Association, that the investigation was voluntary. At least for M&P members.

When interviewed by the Inlander, Lewis believed that Lowe had likely discussed the question with Jacobson, but he couldn't be completely sure. Jacobson's email suggests that she hadn't fully answered that question yet.

3) On top of that, the Jacobson email was sent four days after Major Justin Lundgren sent an email out to a list of witnesses explicitly letting them know that interim Chief Rick Dobrow had made participation in the investigation mandatory.

In fact, multiple police department employees had already given their interviews by the time Jacobson asked, "when are the interviews scheduled, so I know the deadline to get the answer as to mandatory participation or not."

4) Furthermore, the Jacobson email was sent 56 days after Cappel had been hired as an investigator. Until Feb. 25 — almost two months after Cappel was hired — the final word on a question as pivotal as "are the interviews for this investigation mandatory?" hadn't been given. 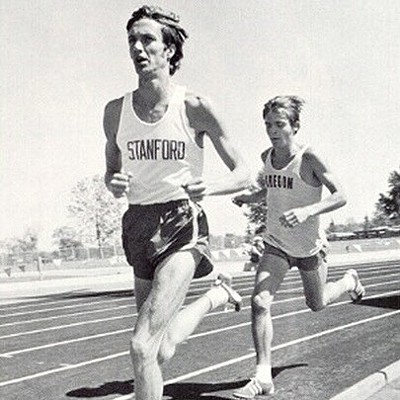 Train for Bloomsday with beer and some Prefontaine inspiration