Also not talking to the Straub investigator? The city attorney who was repeatedly warned about Straub 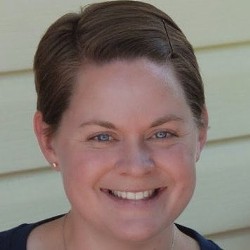 LinkedIn Photo
Assistant City Attorney Erin Jacobson played a pivotal role in the way the city handled concerns about former police Chief Frank Straub, but has declined to participate in the independent investigation.
An investigation is often only as good as its access.

Last week, the Inlander revealed former Spokane police Chief Frank Straub would not be participating in the independent investigation tasked to analyze the city's controversial handling of his firing.

Now, according to city spokesman Brian Coddington, Assistant City Attorney Erin Jacobson has also declined to participate in the investigation.

Coddington also wrote in an email to the Inlander that City Attorney Nancy Isserliss hasn't decided whether to participate in the investigation, but "will make the decision with her attorney if an interview is requested."

Both Coddington and Mayor David Condon have expressed willingness to participate, as have Parks Director Leroy Eadie and Chief Financial Officer Gavin Cooley. Coddington says that City Administrator Theresa Sanders is willing to participate in the investigation with her lawyer present.

"The mayor has been clear that is important to have an independent third party to look at this so if mistakes were made the city can learn from it and grow from it," Coddington says.

But Jacobson, in particular, has a crucial role in the story. As the city grapples with the knotty questions surrounding Straub's behavior and subsequent firing, Jacobson has been in the middle of it.

Jacobson was hired in March 2009 as the chief labor assistant city attorney for the City of Spokane, and had also served as the acting human resources director for about a year, from June 2010 to June 2011.

Notes from Spokane Police Lt. Joe Walker say  starting in January 2014, he had repeatedly warned Jacobson about Straub's behavior — including discussing the "I love you" text message sent to then-police spokeswoman Monique Cotton. Instead of Walker's concerns sparking an investigation of Straub's behavior, however, the city — through Jacobson — dangled a $48,000 offer of early retirement to Walker, according to his notes.

"That sounds horrible," City Council President Ben Stuckart says. "If it did happen that a police officer brought concerns forward as early as 2014, and we're saying we didn’t know anything about this until April of 2015? That shows the city’s whole explanation has been false all along."

But with Jacobson unwilling to be interviewed, it could complicate the investigator's ability to confirm whether Walker's notes were accurate. Stuckart says that if the investigation doesn't answer important questions, the city council could use its subpoena power to compel testimony.

"The city charter does not limit who we get to use our subpoena power on," Stuckart says.

Walker's notes say he spoke with Jacobson over the phone in January 2014, raising concerns about Straub's behavior.

That same year Walker and two other officers met with Jacobson and Heather Lowe, the city’s human resources director, to discuss their concerns. It was Jacobson who Walker spoke with when he heard rumors of a "hostile workplace lawsuit” against him and Capt. Dan Torok, raised by Cotton.

“I told [Jacobson] I have taken two to get away from and avoid him because of his bullying and harassment," Walker wrote in his notes about Straub. "I finally asked her if there was anything she could do to make sure others at City Hall were aware of his behavior. She said they were aware and had heard things.”

This was in 2014, more than a year before the explosive March 2015 meeting that resulted in Cotton asking to be transferred away from Straub's department, and alleging to the mayor that Straub had sexually harassed her.

In November of 2014, while Walker was turning in an unrelated whistleblower complaint to Jacobson, according to his notes, he again raised the issue of Straub.

"We talked about the Chief's behavior again and I told her about the text I had seen that was mistakenly sent to Captain Torok last year,” Walker wrote in his notes. “I told her the Chief had sent a text that had been meant for Monique and it had comments about Monique being his best friend and that he loved her (Monique). I said I wasn’t sure what was going on between them but it didn’t look good. I said somebody needs to do something about his behavior because it just keeps getting worse and I would not be surprised if it ended with lawsuits like had happened with other chiefs in the past. She assured me that others above her were aware of his behavior and budget issues.”

After their big conversation about Straub's text messages, Walker writes in his notes, Jacobson called him again.

“She asked if I was willing to accept an offer to retire early,” Walker wrote. "She said the city allows for a payout of up to $48,000 for retirement. I told her I wasn’t old enough to retire early and was not accepting the offer to retire. It appeared based on our conversation the offer was being pushed by the Chief.”

After getting off the phone with Jacobson, Walker wrote that he turned to a co-worker and said he "wouldn't be surprised if the Chief eventually caused a bigger mess for the city or the department."

It was only after a particular profane March 31, 2015, meeting, and after Condon met privately with Cotton in her attorney's office, that he directed the city attorney's office to investigate Straub's management style.

Condon elaborated in his answers to city council questions in December.


Ms. Sanders and I directed the City Attorney’s Office to look into concerns raised about Mr. Straub’s management style, specifically concerns expressed about his behavior during a meeting on March 31. From April 14 to April 16, the City Attorney’s Office interviewed those in attendance at the March 31 meeting and determined that concerns about Mr. Straub’s management style, use of inappropriate language, and offensive demeanor existed.

Following the interviews conducted by the City Attorney’s Office, Ms. Sanders and I met with Mr. Straub in my office on April 21. We discussed and addressed with Mr. Straub the concerns about his behavior during the March 31 meeting. We made it clear that type of behavior would not be tolerated and that Mr. Straub needed to adapt his management style to continue making the positive changes to the Spokane Police Division and manage his people in a way that did not raise concerns about the work environment. Mr. Straub agreed, and for a period of few months as we continued to monitor the environment, things seemed to improve. By August, concerns about Mr. Straub’s management style began to reemerge. At that point, Ms. Sanders began meeting periodically with individuals who were expressing concern.

Envision gets warning letter for violation of state election laws